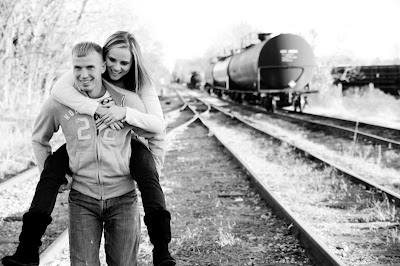 On Feb. 19, 2011, Lance Cpl. Andrew Carpenter, 27, died at a hospital in Germany after being shot by an enemy sniper in Afghanistan on Valentine's Day. The Marine left behind his wife, Crissie, and their unborn son, Landon.

Link: It Is What It Is 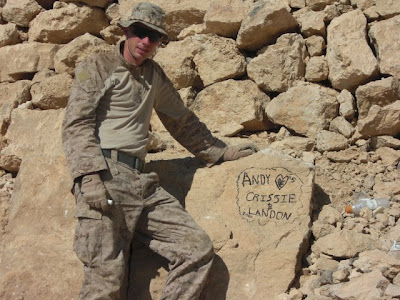 On Feb. 28, Lance Cpl. Carpenter received a hero's welcome home in Columbia, Tenn., where his pregnant wife and many more loved ones laid the fallen Marine to rest. Those of us who had the honor of being in Columbia on that sad, chilly day will never forget what we witnessed. While the circumstances were tragic, the stirring day of remembrance embodied the very best of America.

Link: Through and Through 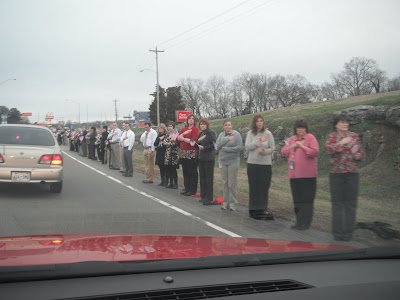 On Mar. 18, less than a month after his father's death, Landon Paul Carpenter was born into a world his father made the ultimate sacrifice to protect.

Link: Because My Daddy Fought for Me 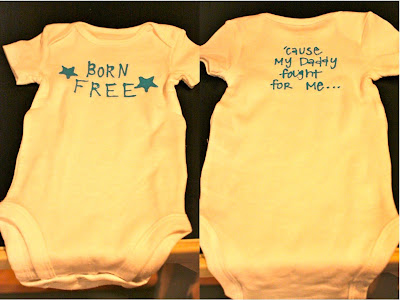 Less than a month later, a stirring photograph taken by Marcia Truitt began making its way across the world after being posted on this blog with Crissie Carpenter's permission. More than any image I've seen during the past year, it sums up the sacrifices our heroes and their families are willing to make for our freedom.

For the past eleven months, under the most trying of circumstances, Crissie has raised Landon with tender loving care, with reminders of his father -- the hero -- all around.

Link: It Still Is What It Is 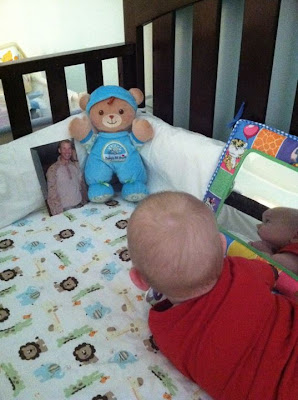 Landon, along with all of our children, will grow up in a safer country because of the enormous sacrifices of selfless patriots like Lance Cpl. Andrew Carpenter. Yet as we remember and reflect one year later, let us also recognize that Crissie Carpenter, as a Gold Star military spouse, is an American hero as well. As our troops serve and sacrifice on the battlefield, we should also salute their families.

May God bless Landon Carpenter, his mom, and his dad, who looks down with pride on the loving family and grateful nation he left behind.