A Box of Flowers 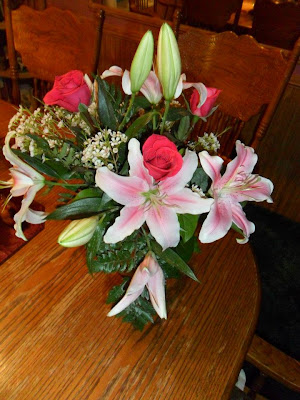 Sheyanne Baker was sitting down to dinner with her husband when she heard someone at the door. With a daughter deployed to Afghanistan and a son in Iraq at the time, knocks on the door made both their hearts jump. Her husband ran to the door to see who was there.

To their relief, it was not a military messenger carrying bad news. It was a delivery man carrying a box.

"They were flowers," Sheyanne told The Unknown Soldiers. "I said, 'Honey, you shouldn't have' (to my husband). He said, 'Read the card.'"

A few months later, just before this past Christmas, there was another knock on the door of their Shelton, Wash., home. This time, Sheyanne was at work. The Walmart employee was about to take her lunch break when a co-worker asked her to come to the store manager's office.

When Sheyanne arrived, the door was closed, prompting her to knock.

"As one of the managers opened the door, I saw the two servicemen," the mother painfully recounted. "'Oh my God, which one?' I said. Then they had me take a seat and told me who it was."

It was Sheyanne's oldest daughter, Spc. Mikayla Bragg, who was just a few days away from leaving Afghanistan. According to the Pentagon, the 21-year-old soldier died in Khowst Province on Dec. 21, 2011. Her mother said that as of Feb. 2, an Army investigation into Mikayla's death was still in progress, although she has been told that her daughter — a qualified sharpshooter — died in a guard tower.

Sheyanne last spoke to her daughter on Dec. 19, two days before her death. Mikayla said that while the previous day had actually been fun, she was looking forward to coming home soon.

"I'd always tell her I love her and to be safe," the grieving mom said. "Her last words to me were 'I love you too and I always am.'"

In the middle of a grief-induced blur, Sheyanne found herself on a six-hour flight from the Pacific Northwest to Dover, Del., where the soldier's loved ones, including her father, Steve Bragg, welcomed Mikayla home. The flag-draped casket carrying the remains of Spc. Bragg would be escorted back to Washington state by her half-brother, Sgt. Allen Davids, 26, who returned from Iraq shortly before Mikayla's death in Afghanistan. He was driving home from his base to surprise his family for Christmas when he got the tragic news.

"I don't know how he held it together, but he said, 'Nobody else is going to bring home my sister,'" Sheyanne recalled.

Instead of a celebration under the gold star on top of the Christmas tree, Sheyanne was forced to adjust to life as a Gold Star mother. While she called the holidays "somber," it was during the painful season when she resolved that her daughter would always be remembered.

"I set up a table with her pictures on it and a candle," Sheyanne said.

As the candle's light flickered, the grieving mother thought of how Mikayla appreciated the "little things in life," such as trips to the store with her mom when she was a child. Sheyanne later heard stories that summed up, in her mind, how her daughter lived.

"At one of the services we had, a guy stood up and said he didn't know her, but he remembered seeing her walk through the halls of their high school," she said. "There was a girl sitting there crying, and Mikayla ... sat there with her and asked what she could do to make it better."

Spc. Mikayla Bragg flew halfway around the world to help make things better in Afghanistan. She missed her family, including her sister, Kandyce, 17, with whom she shared a very close bond. And she always looked forward to getting care packages from her mom.

A few months earlier, when Sheyanne's eyes began scanning through the card that came with her flowers, they welled up with tears when she quickly realized that her daughter, even in the middle of a deployment to Afghanistan, had taken the time to send a care package home.

"Thanks for being my mom," the card read. 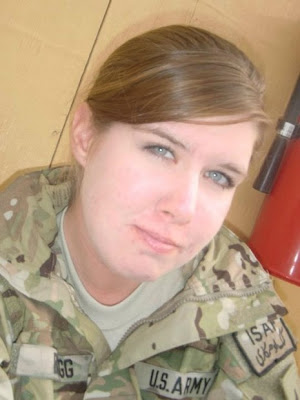