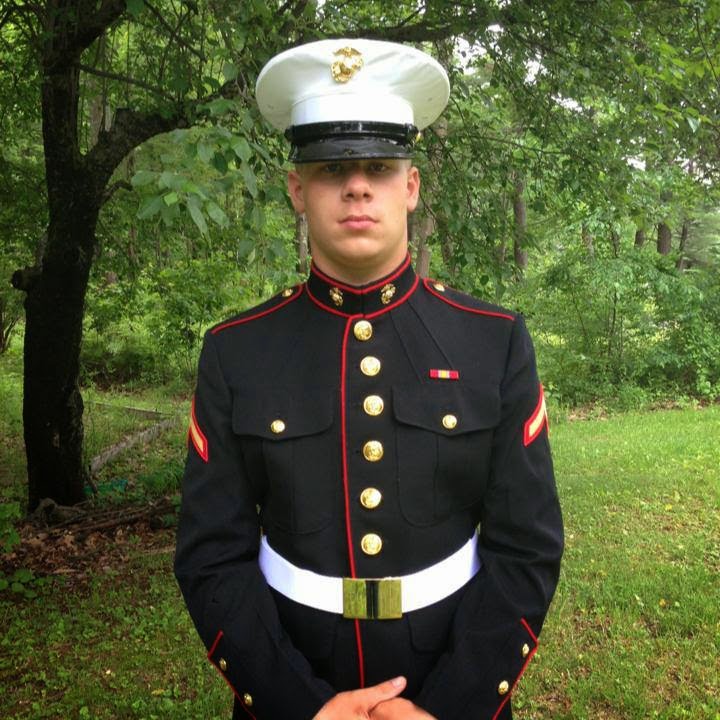 "Going to do what we do best. Fighting for our country, (our) brothers to the left and right, our friends and families back home," the Marine wrote. "So that you can have the right for freedom and to live the American dream without fear of anything."

Corporal Garabrant was proud to be a Marine. Less than a year before going to war, the New Hampshire native made headlines when he told his Peterborough high school that he would wear his military uniform to graduation. Brandon eventually agreed to wear the standard cap and gown after the school denied his request, but even so, the young Marine's point had been made.

"The United States Marine Corps is proud to have him amongst our ranks, but support the school's decision to have (then-) Pfc. Garabrant walk across the stage in a cap and gown, as this is recognition of his accomplishments at ConVal (Regional High School) and the final chapter of his high school career," a June 2013 statement said.

Ten months later, in the same April 4 Facebook post, Brandon was anxious to fulfill his duty as a Marine, even if it meant spending many months away from home.

"This is what I signed up for," he wrote. "Here comes a long journey into the unknown."

Twelve days later, Brandon posted an update from Afghanistan. Despite enduring a "pretty bad sinus headache," he ended his post with a smiley face.

After another 12 days in Afghanistan's Helmand Province, where so many have made the ultimate sacrifice since 9/11 (when Brandon was in elementary school), the Marine's spirits seemed high.

"Thank you all for your support and helping me out with this deployment!" he wrote after asking friends if they could send some powdered coffee, Slim Jims and other care package items. "It means a lot and I thank you very much!"

"The breeze makes it hotter," he wrote while explaining brutal conditions inside the war zone. "As if your face was in front of the oven."

Many Americans take air conditioning for granted, but for Brandon and his fellow Marines, it was a luxury.

In New Hampshire, where Brandon grew to pursue his dream of Marine Corps service, reaction to the tragic news came swiftly and from the very top.

"As a volunteer firefighter and dedicated Marine, (then-) Lance Cpl. Garabrant was committed to serving his fellow citizens, and he was tragically taken from us far too soon," New Hampshire Gov. Maggie Hassan said in a statement posted on her website. "It is our responsibility as Granite Staters and Americans to come together to support his family and his community."

I will be reaching out to this fallen hero's family at an appropriate time to hopefully learn more about Brandon's extraordinary life. Now is a time for grief, and as the governor expressed, unity and support.

How is our nation so blessed with young warriors like Cpl. Garabrant and the two Marines who made the ultimate sacrifice alongside him? Are we doing enough to make sure the incredible stories of these heroes live on in the hearts of our children and grandchildren?

When I look at my young daughter, I am enormously grateful to the troops, veterans and military families who've given her the privilege of growing up in a land of freedom and opportunity. At the same time, my heart aches for those enduring war's incalculable sacrifices.

"May God be with us on this journey," Cpl. Brandon Garabrant wrote on April 4.