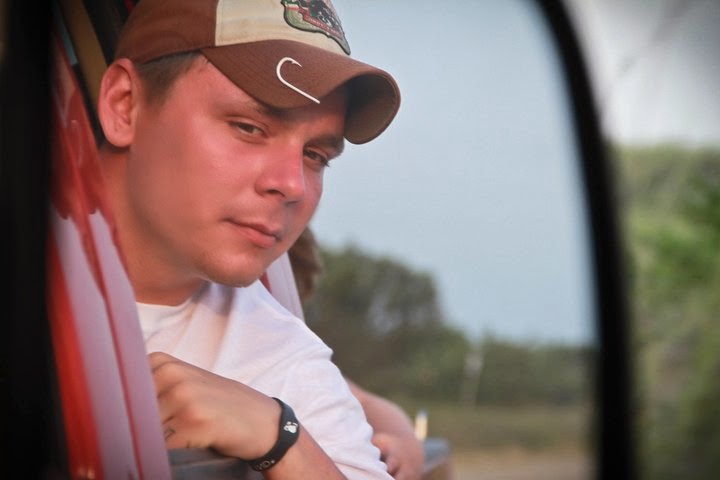 We all have a favorite place. U.S. Army Sgt. Michael Ristau's was the front porch.

"When he was in Iraq and Afghanistan — when we would ask him what he needs — the very last thing he would always say is 'don't forget to pack the front porch,'" said Sgt. Ristau's mother, Susie Ristau.

For Michael, the front porch of his parents' Cascade, Iowa, home — which they bought shortly after he joined the military in 2004 — was a place of peace. It was of stark contrast to the battlefields the young soldier had experienced since 9/11, as well as a major health scare.

Long before Michael joined the military, he was the neighborhood prankster growing up in Rockford, Ill.

"He was a fun kid ... he was a jokester," Susie said. "Whenever he walked into a room, it could be 'blah' but he would have everyone laughing within five minutes."

After getting into trouble during high school, Michael went to a military academy, where he gained both discipline and a diploma. He also made a decision about what would come next: enlisting in the Army.

Undeterred by the conflict in Afghanistan and increasing bloodshed in Iraq, Michael, then 17, convinced his parents to sign release papers.

"Mom, I have to do this," Susie quoted her son as saying. "I have to go fight for our country."

From that moment on, Michael received his parents' unflinching support.

Roughly three years after finishing basic training and being stationed at Washington's Fort Lewis, Michael called his parents from Iraq with shocking news.

"While he was there they discovered a lump in his throat, took him to Germany for a biopsy and found out that he had cancer," Susie said.

For the young soldier, the most frustrating part of the disease wasn't the diagnosis itself. It was leaving Iraq early and missing the chance to deploy a second time with his brothers and sisters in arms.

"He felt he needed to be there," the soldier's mom said. "That was pretty hard on him."

By May 2011, Michael was cancer-free and cleared for a deployment to Afghanistan. He left that December, just 19 days after the soldier and his wife, Elizabeth, welcomed their first child. 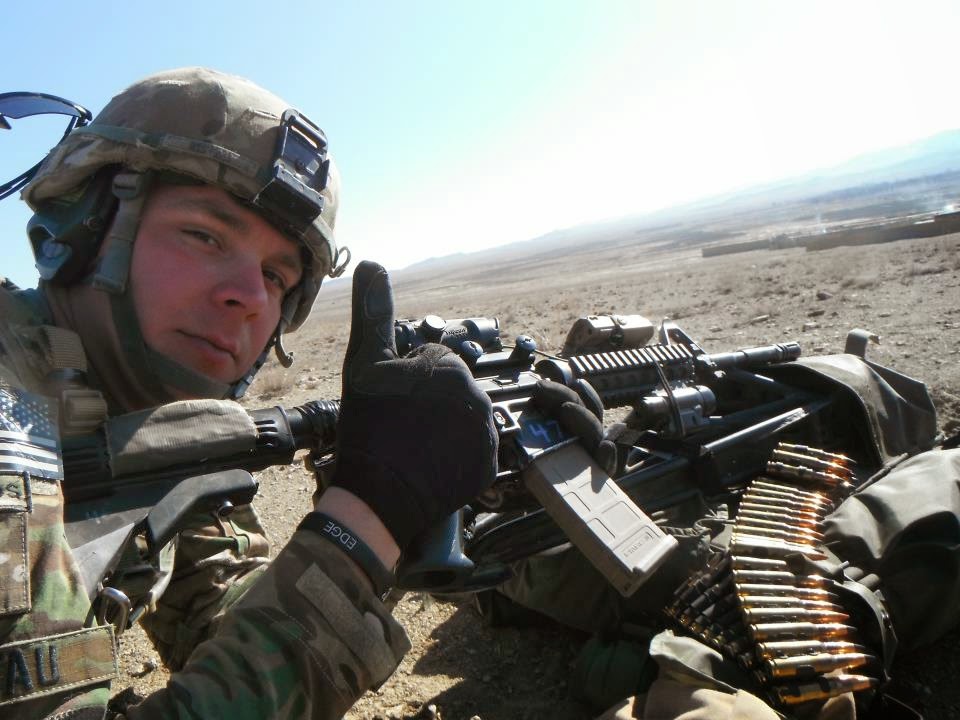 In May 2012, Michael re-enlisted. His mom — already on pins and needles while her son served in a war zone — was upset, but eventually came to understand Michael's decision.

"He felt that the Army was where he needed to be," she said.

On July 13, 2012, Susie was alone in her house when she saw a strange brown truck sitting outside. Next was a series of knocks that got progressively louder.

"As I opened the screen door, I saw the chaplain and other (soldiers) walking to the side of the house," said Susie, her voice cracking with emotion. "I just dropped to the floor, because I knew."

After her husband, Randy, rushed home from work, the soldiers told both stunned parents that Sgt. Michael Ristau, 25, had been killed earlier that day in Afghanistan when enemy forces attacked his vehicle with an improvised explosive device.

For Susie, nothing was worse than sharing the dreadful news with Michael's siblings.

"It was horrible," she said.

Over 1,000 people and 2,000 American flags filled the small Iowa community to salute the fallen soldier and his family. But for Susie, the hardest part came when the ceremonies ended.

"It's still day-by-day," Susie said 20 months after Michael's death. "I was in a very bad depression stage until about three weeks ago."

If there is one calming place, it is the front porch that gave Sgt. Michael Ristau a respite from the horrors of war.

"That summer in 2012 ... I lived on that front porch," the Gold Star mom said. "That was the place where I found the most comfort."

As the Midwest warms up from a hard winter, Susie Ristau plans to sit in her favorite place and remember the 25 years she had with her son. 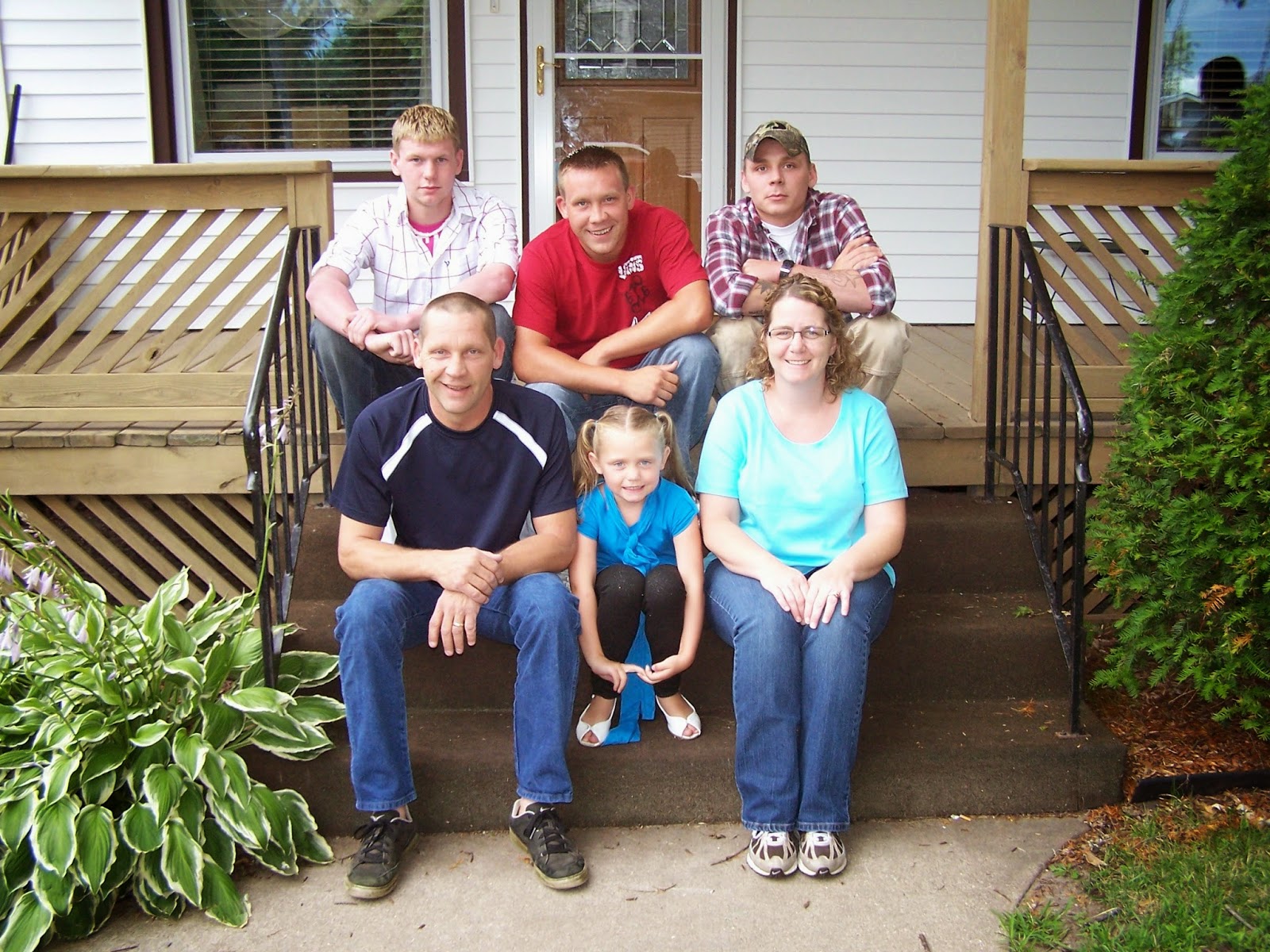 Tom Sileo is a nationally syndicated columnist and co-author of BROTHERS FOREVER: The Enduring Bond Between a Marine and a Navy SEAL that Transcended Their Ultimate Sacrifice. Written with Col. Tom Manion (Ret.) and published by Da Capo Press, BROTHERS FOREVER will be released in May. To find out more about Tom Sileo, or to read features by other Creators Syndicate writers and cartoonists, visit the Creators website.
Posted by Tom Sileo at 10:00 AM