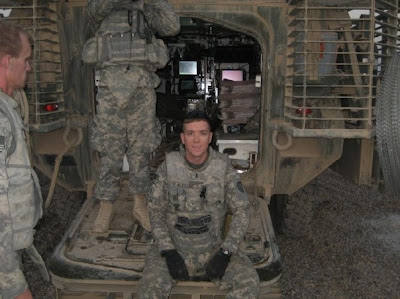 "Part of the way through the deployment I noticed these big lumps around my collarbone," Kletzing told The Unknown Soldiers. "I figured it was really badly pulled muscles."

After coming home, it became clear that something was seriously wrong.

"I got back from Iraq, and my body was really out-of-whack," Kletzing said. "I was sweating all the time and my energy was really off."

One Friday afternoon in the fall of 2009, Capt. Kletzing got a phone call he would never forget.

When the soldier deployed in December 2007 to a volatile area north of Baghdad, a cancer diagnosis seemed impossible.

Kletzing, 29, followed in the footsteps of his older brother, Capt. Andrew Kletzing, when he graduated from the U.S. Military Academy at West Point in 2006.

"By then, both wars were going on, so I figured (serving) was the best thing to do," he said.

Kletzing then flew to Hawaii to prepare for war.

"I think the overall feeling is you have good nerves ... you're focused," the combat veteran said about getting ready for battle. "But there are also those nerves that keep you awake at night." 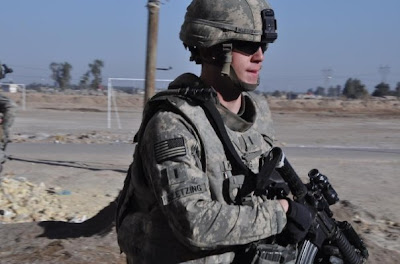 "That was the world ... that was the universe," he said. "You're living there with Iraqi Security Forces ... living on top of each other with mice everywhere."

After several months without a shower, Kletzing and his soldiers initially welcomed a move to the east side of the Tigris River. The problem was that insurgents and terrorists were there wreaking havoc.

"For a while near (the new outpost) we had a cell of al-Qaida particularly adept at making homemade explosives," Kletzing said.

To this day, the veteran has images from Iraq burned into his memory.

"The thing I remember most vividly is seeing locals who had been hurt," Kletzing said. "(Many of) these people are maimed or shot, and those locals are brought into your aid stations."

Kletzing praised his fellow soldiers for helping him stay calm amid the madness.

"I just had to really rely on my buddies over there," he said.

Once he discovered the lumps near his neck, an already difficult deployment became even more challenging.

"All the way through Iraq, this was growing ... the cancer was spreading throughout my body," Kletzing said. "But I wasn't going to complain." 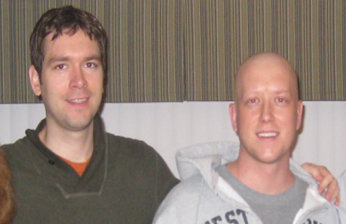 When the birthday he was so eager to celebrate finally arrived, the 25-year-old soldier, who lost his hair and eyebrows amid grueling chemotherapy treatment, hoped good news was on the horizon. The soldier's birthday wish was granted.

"I ended up doing scans, and it was in remission," he said.

Kletzing, now 29, was accepted to Harvard Business School. Not far from the Boston dorm room where Facebook was born, the U.S. Army veteran came up with a groundbreaking idea that a former Special Forces officer he met in Iraq helped him fully realize.

Kletzing and Yinon Weiss launched RallyPoint, which they call a "LinkedIn for the military" and encourage all U.S. service members to join.

"We get excited emails every day from people saying 'hey, this is incredible,'" Kletzing said. "Our goal is to be the professional home for everyone in the military."

Today, Aaron Kletzing helps U.S. troops connect with one another in order to improve their lives and careers. He is also a proud Iraq war veteran and grateful cancer survivor.

"Thankfully, it is still in remission," he said. "I'm doing all right."