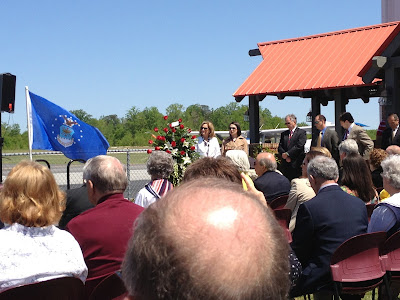 Soon after taking Exit 41 off Interstate 85 just south of Atlanta, I saw the harsh reality of nearly 12 years at war in Afghanistan.

The pain in a young widow's eyes. The trepidation in a grieving father's voice. The empty spot in a loving mother's heart.

This is what America's longest armed conflict is about, not public opinion polls or the rhetoric of politicians. While some will have the luxury of pushing the war in Afghanistan aside once it's over, others will carry it with them for all time.

April 20 in Newnan, Ga., was a picturesque spring day. The sky was blue and bright, the sun was warm but not scorching, and a cool breeze gently enveloped the Newnan-Coweta County Airport for an emotional dedication ceremony.

With a long runway, two jets, and countless American flags as a backdrop, hundreds gathered to salute the life of U.S. Air Force Capt. Nick Whitlock, 29, who was killed in the African nation of Djibouti alongside three fellow airmen on Feb. 18, 2012. The foursome flew many special operations missions in support of U.S. troops in Afghanistan before the accident took their lives.

While you may have read about Nick before in this column space, the moving words of his family, friends and fellow airmen shed new light on the character of a young generation that has continually and unselfishly stepped forward since the 9/11 attacks.

"For those who knew Nick well, you will all agree that his charming demeanor and his gregarious personality made him very easy to befriend and get close to," Air Force Capt. Joshua Stinson, who served with Capt. Whitlock, said. "Nick and I started our training on the U-28 (aircraft), and early on I always remember hearing his unique, vivacious laugh down the hall and how he was always able to light up the classroom whenever he entered."

Other than birds chirping and the occasional light breeze, there was complete silence as Nick's father, Jimmy Whitlock, delivered a poignant tribute to his departed son. After thanking the military and political dignitaries in attendance, he looked directly at his wife.

"Thank you, Clare," he said before a heartbreaking pause. "I love you forever."

What the last year has been like for the Whitlocks is truly unimaginable. But just as Nick courageously flew above war zones, the airman's father stood in front of the Cessna airplane on which his son learned to fly and read the fallen hero's words.

"It is my desire to serve my country by becoming an officer and a pilot in the United States Air Force, a career that I believe will be most challenging and rewarding," Nick once wrote. "It is in the Air Force where I can combine my passions and abilities to serve my country anyplace, anytime and in any capacity that such an obligation requires."

Nick's words sum up the mindset of so many brave young men and women who have willingly deployed to some of the world's most violent places since the World Trade Center, Pentagon and a now-sacred field in Shanksville, Pa., first smoldered.

"Nick literally died trying to be the very best that he could be," his dad said.

Ashley Whitlock is still trying to adjust to life without her husband, who she last saw on Valentine's Day 2012. Through her immense character and infectious strength, the Gold Star wife inspired everyone in attendance. 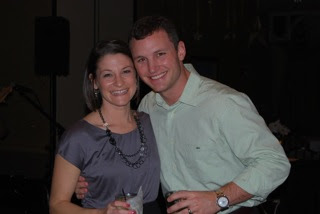 There are thousands more young women and men like Ashley, who've lost so much, yet soldier on. There's no telling what their loved ones could have accomplished if they'd made it home from Afghanistan or Iraq, but as Ashley's brother-in-law said, it's up to us to keep their memories alive.

"If we live our lives as the best people that we can be, and encourage people to be the best that they can be ... we'd have a lot better world than we live in now," Nick's brother, Iraq war veteran James Whitlock, said.

After hugging the Whitlocks and getting back on I-85, I saw a brand new Exit 41 sign for the airport that now bears a new, distinguished name.

"I am truly excited to imagine what future American history will have its beginnings here at Whitlock Field," Capt. Stinson said. 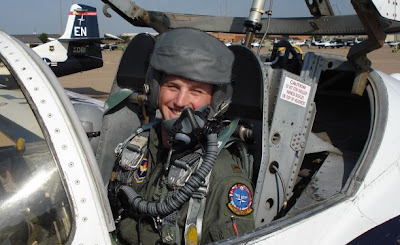