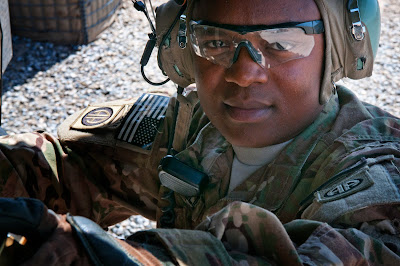 If you spend a few minutes watching MTV, it's easy to brand this generation as selfish, materialistic and unpatriotic. But if you talk to fine young people like U.S. Army Spc. Alfred Kollie, who recently spoke to The Unknown Soldiers from Afghanistan, you'll realize there are still Americans willing to fight for freedom.

Spc. Kollie, 26, wasn't even born in the United States. He grew up in the West African nation of Liberia, one of the most violent, impoverished countries on the planet.

"We saw a lot of death," Kollie said. "We went through days where it was difficult to find food or eat, but by His grace, we were able to make it through some of those difficult times."

As Civil War engulfed their homeland, the Kollie family fled to Ghana, where they spent eight agonizing years in a refugee camp.

"Living in a camp without electricity, without proper sanitation...people got sick," he said. "My dad also got sick numerous times, and it was very difficult."

Surrounded by brutality, illness, and death, the young refugee still saw light at the end of the tunnel. Kollie's sister, who fled to the United States years earlier, was working to bring her family to America. But as the years went by, the wait became excruciating.

"The whole process just seemed like it was taking forever," Kollie said. "We all got tired...we wanted to go back to Liberia but we couldn't...we were just stuck in the middle."

Amid pain and hardship, a moment arrived that Kollie will never forget.

"Finally, we got the word that we were coming to the States after eight years of waiting," he said. "It was one of those days of my life that I was very happy."

As he arrived in New York from a Ghanaian refugee camp, Kollie realized the light at the end of the tunnel was the Statue of Liberty's torch.

"Arriving in the States was one of the most exciting days of my life," he said. "Everything about the States was seen on TV, and we were actually here."

After moving to Louisiana and then Maryland, Kollie worked his way from salesman to sales manager. But despite his success, the young immigrant wanted to challenge himself even further.

Kollie also felt an obligation to better the world. While he wanted to get an education, the frightening experiences of his youth helped mold a yearning to free the oppressed. 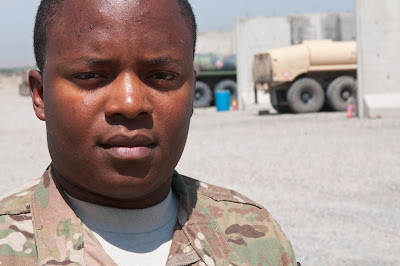 "All my life, I really admired the United States military as a fighting force that has set a mark on this planet," he said. "When I got my green card, I was like...I should go ahead and join the Army."

Before he signed his name, however, Kollie reflected on the cruelty he witnessed in Liberia. Like his native land, Afghanistan has been filled with violence for decades, and he knew that by joining the U.S. Army, he would likely be thrust into the middle of another armed conflict.

"At one point, I was like, 'I just came from a country and a situation that was all about war,'" he said. "But sometimes you have to make a move and hope for the better."

Kollie, who enlisted in September 2010, deployed to Afghanistan last fall. As he spoke from a remote forward operating base near the Pakistani border, the soldier had almost no complaints. Other than the searing, unrelenting heat, Kollie enjoys being part of the war effort.

"Everything's going well, and we can't wait to go home," the 82nd Combat Aviation Brigade petroleum specialist said July 5. "It's been a long ten months, and we're doing our best."

From Liberian refugee to American soldier, Spc. Alfred Kollie's journey is extraordinary. His courage also represents scores of young people who have stepped forward since Sept. 11, 2001. While Hollywood often shines the spotlight elsewhere, this generation of volunteer warriors embodies the very best of America.

"I just feel blessed to be part of this country," Kollie said. "It's so amazing to know you have people — a country — that will accept you." 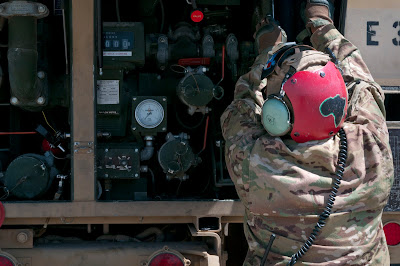