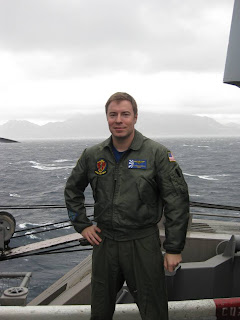 When future U.S. Navy pilot Miroslav Zilberman lost his grandfather, a Russian World War II aviator who spent almost a full year as a prisoner of war, he searched for the right words to honor his hero.

"I will always remember him as a loving and caring grandfather," Zilberman, then training to become a pilot, said at the cemetery. "The next time I come here, I will proudly be wearing my uniform, and with honor, salute my grandfather and remember his life."

Zilberman, known as "Steven" by many of his relatives and friends, worked incredibly hard to turn his dreams into reality, becoming a Navy lieutenant. He grew up in Kiev, Ukraine, but quickly became endeared to America after moving here in elementary school, eventually even referring to Columbus, Ohio, as home. Yet other than his family, including a wife and two children, there is one thing he adored above all else.

"He loved to fly," Zilberman's mother, Anna Sokolov, told The Unknown Soldiers. "One time, I remember I called him, and he was in Texas, and he was not in a good mood, which was unusual. I asked him, 'Did something happen?'"

Zilberman told his mom that bad weather conditions would prevent him from flying that day.

"I said, 'So what, you'll fly tomorrow,' and he said, 'Mom, you don't understand,'" Sokolov recalled. "He breathed aviation."

Assigned to Carrier Airborne Early Warning Squadron (VAW-21), Zilberman soared into the skies, earning numerous educational and training achievements as a naval aviator. But as a dear friend who once helped a young Steven learn English noted, he did not make these sacrifices at his family's expense.

"At the same time, (Zilberman) fulfilled the lofty personal goals of remaining a loving son to his devoted parents, Anna and Boris (Zilberman), a loving husband to Katrina, the love of his life since age 18, and loving father to their two beautiful children, Daniel and Sarah," Marylin Rofsky said.

Tragically, those touching remarks were made at a memorial service for Zilberman at Naval Station Norfolk, Va., on April 8, 2010. The 31-year-old pilot's E-2C Hawkeye crashed in the Arabian Gulf on March 31 while returning to the USS Dwight D. Eisenhower from a mission over Afghanistan. Despite a frantic and extensive search, his body was never recovered.

"I thought that it could not be because I only had one child and I brought him to America for a better life," an emotional Sokolov told me. "Everything was all right in our family, even though my father was in two wars before he died at 92. It was horrible."

Zilberman's selfless actions in the moments before the crash earned him the Distinguished Flying Cross. According to numerous accounts, the pilot urged his three crewmembers to bail out as he battled a mechanical failure, keeping the plane steady just long enough to save their lives.

"Without his courageous actions, the entire crew would have perished," a Navy citation reads.

Zilberman's parents were unaware of many of their son's accomplishments until his memorial service.

"He was a top pilot, but we didn't know," his proud mother explained. "He was very modest and would never brag about his own accomplishments. To him, it didn't matter."

When we think of American military pilots, many of us still recall Maverick and Goose gliding around the skies in the classic '80s film "Top Gun," with roaring engines and rock music in the background. Yet as we are reminded by Zilberman's call sign of "Abrek," which means "valiant man" in Russian, the real protectors of the sky are in danger at this very hour, flying perilous missions over combat zones in Afghanistan and Libya.

Today, we find ourselves set where Lt. Miroslav "Steven" Zilberman once stood, searching for the right way to honor our heroes. Maybe we can start by living a little bit more like them: making our country better and following our dreams, while at the same time always putting our loved ones first. 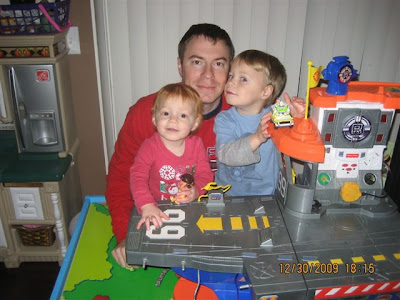