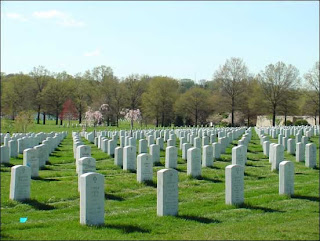 Earlier this afternoon, I stood at the grave of Marine Maj. Megan McClung in Section 60 of Arlington National Cemetery. Even on a chilly January afternoon, sunlight glistened off the noble headstone, which is flanked on both sides by beautiful floral arrangements. Like other fallen heroes' names, McClung's was familiar, as I wrote hundreds of scripts during my time at CNN.com Live about the wars in Iraq and Afghanistan. But what struck me deeply was the extraordinary inscription engraved on her headstone: "Be bold. Be brief. Be gone."

There is a good reason her name rang a bell. McClung was the first female U.S. Marine officer killed in action during the Iraq war. Yet, as I'm sure those closest to her would testify, there are many appropriate ways to fondly remember Megan. In just 34 years, the Hawaii-born daughter of military parents excelled as a triathlete, gymnast, marathon runner, student, Marine, private contractor, and advocate for wounded veterans. McClung graduated from the U.S. Naval Academy and held a master's degree in criminology from Boston University. Tireless energy and a warm smile drew people around the world to this amazing woman of many talents.

According to an archived Associated Press article, McClung had only one month left in her deployment to Iraq when she was killed on December 6, 2006, in Ramadi. Working in a public affairs capacity, she was escorting an embedded crew of Newsweek journalists when her Humvee hit a massive roadside bomb, which detonated and killed her instantly, as well as Army Spc. Vincent Pomante and Army Capt. Travis Patriquin. The journalists were not injured.

I entered Arlington National Cemetery today through the main gate. After walking through the visitor's center, most signs direct you to President John F. Kennedy's grave and other well-known sites. Yet I walked straight down Eisenhower Drive to Section 60, a quiet, somewhat secluded area where heroes from the war on terrorism are buried alongside fallen warriors from previous conflicts. While trudging through the damp grass and seeing name after name, as well as moving mementos left by loved ones, I heard the booming sound of a 21-gun salute. Another fine American was gone.

When I woke up this morning, I did not know all I should about the life and legacy of Megan McClung, who now has a memorial run to benefit wounded Marines named in her honor. Saved in my cell phone is a picture of her headstone, which I will not publish here out of respect for her family. But when I travel down difficult roads in the future, I will pause for a moment and look at the image instead of giving in to depression or despair. "Be bold. Be brief. Be gone." Thank you for your bravery, sacrifice, and inspiration, Megan McClung. 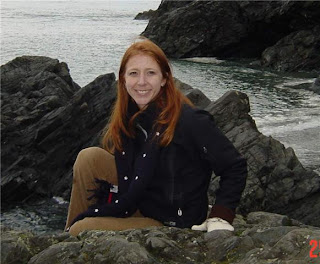