Why the troops need my help - and yours 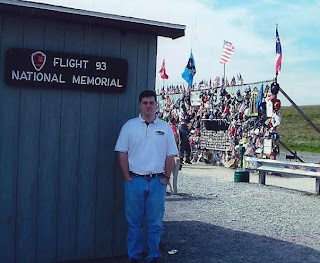 It is just after 1:00 a.m. on the east coast, and in about 18 hours I will no longer be a copy editor for CNN. Even though I should be thinking about my career, and even reminiscing about all I saw in the CNN.com newsroom these past four-and-a-half years, two thoughts keep penetrating my mind. It is just after 10:30 a.m. in Kabul, Afghanistan, and just after 9:00 a.m. in Baghdad, Iraq. Hopefully, all our troops made it through the night in one piece. Some are in critical life-and-death situations as I type and you read, while others are bored out of their minds, playing video games or updating their Facebook pages.

My question is: Why doesn't anyone seem to care these days? Why is the media more worried about which alleged mistress is claiming to have sex with Tiger Woods today than how many of our men and women are in harm's way at this moment? This site, which will spotlight many of the everday stories you don't usually see in the national media, will hopefully help come up with sensible solutions for how to convince the press to help get America refocused on this critically important issue.

Many of our grandparents not called upon to serve were huddled around radios during World War II to find out what happened overseas that day. Some like to compare Afghanistan and especially Iraq to Vietnam or Korea. I believe World War II is the best comparison, because never since Hitler's armies of darkness loomed over the world has civilization been so threatened by such a patient, vicious group of murderers and bigots like al Qaeda. Terrorists who target innocent women and children, and behead contractors like Nick Berg and journalists like Daniel Pearl, must be stopped in their tracks with lethal force. The U.S. military can do that job. Yet medals are not enough of a reward when troops come home: They also need our utmost attention, respect, and prayer while they are away so everyone can see what great work the U.S. is doing overseas.

I have written and analyzed many stories at CNN and other news organizations about the defining moments of the 21st Century: The anthrax attacks, the invasions of Afghanistan and Iraq, the D.C. sniper hysteria, the 2004 and 2008 presidential elections, Hurricane Katrina, the second inauguration of President Bush and first inauguration of President Obama, the terrorist attacks on London, Madrid, and Mumbai, the 2008 economic crisis, President Bush's 2007 troop surge in Iraq, and President Obama's 2009 escalation of the war in Afghanistan.

What makes me proud, and capable of sleeping at night, are the years I spent writing and producing stories about fallen U.S. troops for CNN.com Live, which no longer has the anchored newscasts I once played a central role in writing and editing. From Pentagon press releases and stories in small local newspapers, and in one case the high school newspaper the fallen soldier once wrote for himself, I was able to write a 30-second script about a hero's life that would be broadcast live on a major worldwide news site. I knew these stories usually weren't being told anywhere else at a national or international level, so I felt compelled to get them out to the public. I also believe these efforts helped me find my true calling, which is dedicating the rest of my life to serving the brave men and women who answered the call to rescue this nation and the world from the dark visions of Osama bin Laden, Mullah Omar, Ayman al-Zawahiri, and Khalid Sheik Mohammed, just after they attacked our brothers and sisters in New York, Pennsylvania, and Virginia.

I have not served in the U.S. military. Earlier this year, I attempted to join the U.S. Air Force Reserve, but was disappointed to learn I was ineligible due to a history of asthma. So to be blunt, I have not sacrificed anything, and as this blog progresses, I want everyone to know that I would never compare myself to a man or woman leaving their families behind to fight for our freedom. But, I will not be ashamed to call them my heroes or my inspiration behind a new career dedicated to them. Since I hold very strong views and have been involved with coverage of stories like Haditha 'massacre' and most recently the arrest of three Navy SEALs charged with 'assaulting' a terrorist, that word "chickenhawk" could someday be directed at me during a heated debate. I assure you I am not one. Even though I tried to join the Air Force, I knew deep down that I probably could not physically or mentally make it through basic training. I'm nothing compared to some of the finest men and women to ever serve our great country: I am about to go to sleep in a heated home while our troops struggle to get a few hours here and there amid brutal weather conditions and rugged terrain.

My grandfathers both served in World War II; one in Europe and one in the Pacific. My dad's father met my grandmother in post-war Germany, while my mom's father met my grandmother while stationed in Australia. My father, a doctor in my Virginia hometown, was called up to serve during Operation Desert Storm. While he did not deploy, he was about to be sent to Fort Bragg and then Saudi Arabia before the war came to a decisive, victorious ending. Listening to my grandfathers talk about their experiences, and then seeing my dad nearly deployed to a war zone and out of our comfortable suburban life, shaped my seriousness about the military. If I couldn't be a soldier, Marine, or sailor myself, I knew I would do everything I could to support them if my generation was ever called on to defend this country.

I chose the picture at the United Flight 93 memorial at the top of this post because what that site represents was the first opportunity for our generation to prove ourselves as one of the greatest. Hearing the stories of heroism by normal Americans on that plane, and then looking out to that silent Pennyslvania field where we beat the terrorists in this war's first battle, was an almost overwhelming personal experience. I had already visited Ground Zero shortly after 9/11 and lived across the street from the Pentagon for a year. While those attack sites were sobering, I felt that Shanksville was the most powerful. I highly recommend the superb, sensitive Hollywood film released in 2007, "United 93," by the way.

Like Pearl Harbor on December 7, 1941, the United States was attacked on September 11, 2001. Our history is changed forever, and while there are some things we wish could be undone from these past eight years, the fact remains that our troops are still in Afghanistan and Iraq, fighting harder than ever. We must demand more information from the media about the day-to-day struggles in both war theaters. We must ask the national press to pay as much attention to soldiers like the 13-year decorated serviceman with three children featured in this site's first post as they do to the release of a Michael Jackson movie. I believe this blog can make a positive difference in helping journalists wake up, and I will hope you will join me in trying to make this cause a national one.
Posted by Tom Sileo at 1:03 AM