The guns of August 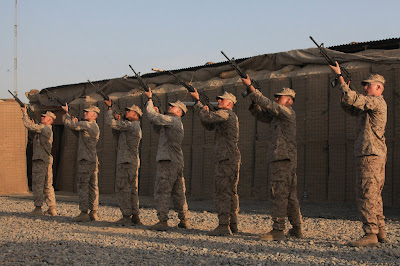 During the course of this month, I have heard numerous cable news pundits say things like "it's August, there's nothing going on" or "it's a slow news month." I remember this myth being perpetuated during summer months inside newsrooms, where some producers trying to fill show rundowns would lament over the lack of Washington speeches while politicians took vacations. When appropriate, I would politely remind those colleagues that America is at war. Therefore, a "slow news month" is impossible.

This summer, there are almost 200,000 U.S. troops in Afghanistan and Iraq. As their families know all too well, these men and women are not on vacation. They are facing difficult missions full of danger, tragedy, and (as noted earlier this month) extreme heat. Despite these challenges, our men and women in uniform have spent August capturing and killing terrorists, opening schools, providing medical care, and protecting Afghans and Iraqis. That is important news that should be on our televisions and computer screens every single day, not just when dates set by politicians arrive on the calendar.

The high volume of Pentagon casualty updates over the last 36 hours is tragic evidence of an especially urgent period in Afghanistan. Coalition troops are fighting hard, particularly in the south, and trying to prevail in battles that the world cannot afford to lose. Across the United States and around the world, families, friends, and fellow service members are mourning the loss of fine Americans tragically lost on the battlefield.

America has been at war for almost nine years. The national media may be used to it, but for hundreds of thousands of Americans with loved ones in combat, every single waking moment is clouded by the reality of war. Despite some scattered examples of good reporting in August, many journalists in national newsrooms are still asleep at the wheel, using the quest for Nielsen ratings as an excuse for choosing celebrity gossip over real news. 30 years from now, Lindsay Lohan will be a 54-year-old woman who contributed little to society. "Jersey Shore" and its cast will be forgotten. Yet the nine volunteer warriors listed above will still be remembered for living and dying for a cause bigger than themselves. That's the power of service and sacrifice.