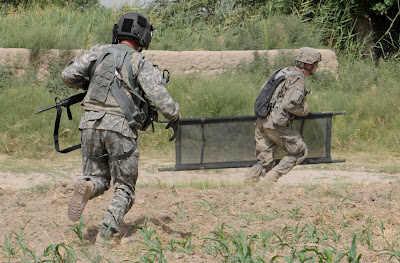 The tragic developments come just hours after we learned that seven volunteer warriors, also Americans, were killed over the weekend in southern and eastern Afghanistan. After losing 14 American troops in the last three days, the unofficial August U.S. casualty total in Afghanistan now stands at 49.

Of course, the men and women we've lost this month are not statistics. Marines, soldiers, airmen, and sailors fighting in Afghanistan and Iraq signed up to defend our nation and are willing to give their lives for causes greater than themselves. While the national media often has more interest in prying into the lives of celebrities and sports figures, The Unknown Soldiers was created to tell the personal stories of these valiant warriors. As the last 72 hours show, the time to recognize and honor our heroes is now.